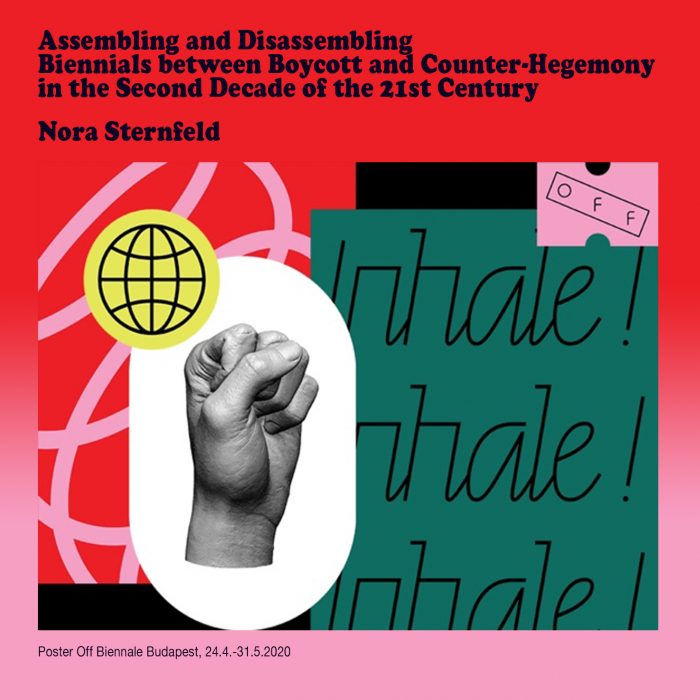 “Towards the end of the first decade of the twenty-first century”, as Anthony Gardner and Charles Green propose, “biennials became self-conscious.” Increasingly they are reflecting on themselves as „hegemonic machines“ (Oliver Marchart), and for this very reason also understand themselves as places of intervention. We have to come to terms with the fact that biennials today are both: „Brands and Sites of Resistance“, „Spaces of Capital and Hope“ (Panos Kompatsiaris).

This podcast is about withdrawals and protests as well as about interventions and strategies of appropriation of biennials in the second decade of the 21st century. Protests in St. Petersburg, Sydney and New York shape the biennials they boycott. In Kochi, Athens, Dhaka, and Kassel we encounter curatorial projects that challenge the apparatus of value coding. The relationship between bottom up and top down often becomes blurred. In Prague, Warsaw, Kiev, and Budapest it is even reversed. Here biennials are used as a means of counter-hegemony and institutional survival. 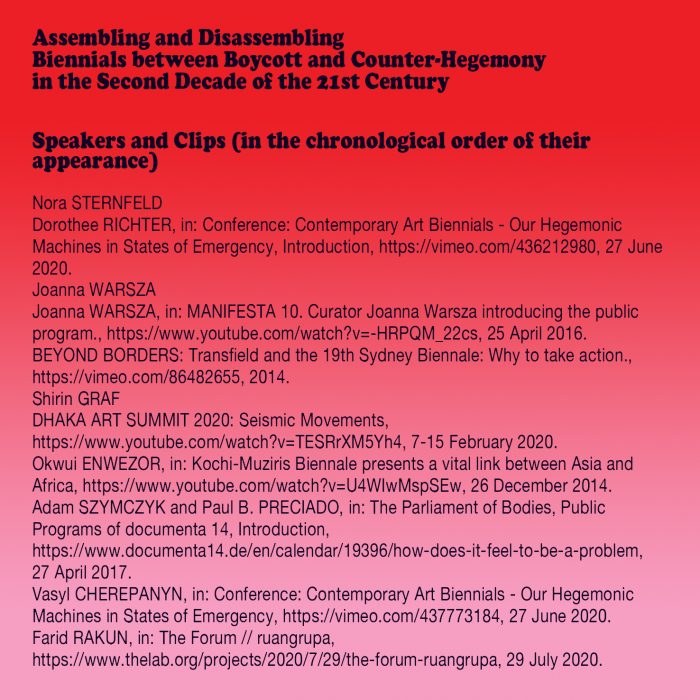 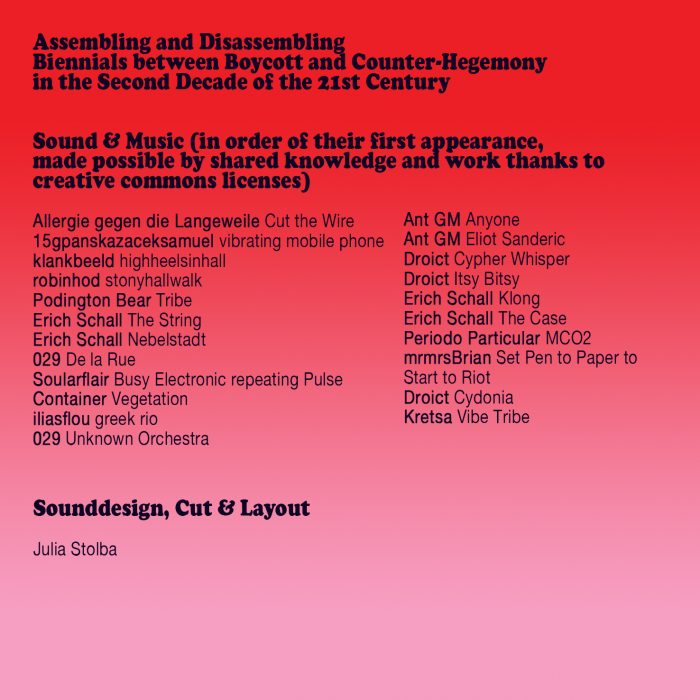 Nora Sternfeld is an art educator and curator. She is professor for art education at the HFBK Hamburg (Academy of fine Arts Hamburg). From 2018 to 2020 she was documenta professor at the Kunsthochschule Kassel (School of Art and Design Kassel). From 2012 to 2018 she was professor for Curating and Mediating Art at the Aalto University in Helsinki.